Tips to Win the Lottery

winningden How To Play
ShareTweet

Don’t use family birthdays – this is a popular mistake!

Sure it lacks originality but more than that it reduces your chances of winning the lottery. Just think about it — the days and months only go up to 31 and 12. Even if you do win the lottery using your birth digits, the chances are you’ll have to split the winnings with more people. After all everyone’s birthday begins with 19 (and anyone who doesn’t should not be playing the lottery). The same applies to buying a ticket when there’s a bigger jackpot — more people play so the odds are more people win. Let’s be honest you don’t want to have to share your winnings with strangers anymore than you want to hear from your second cousin twice removed after a 20-year silence.

Diagonal lines, straight lines, star shapes, boxes, zig-zags – doing this on your slip is silly. You might think you’re being smart but again, you and thousands of other people will have the exact same thought.

They tell us it’s all totally random, but certain balls have a knack of being drawn more frequently than others. Find out which ones appear most often when making your choices. Number seven and multiples of it are popular choices. And rightly so, number seven appears in the list of top 10 winning numbers in both the South African and UK lotteries.

You’d be surprised how many people don’t check whether they’ve won the lottery. What’s more, winning tickets have to be claimed within 180 days of the draw, otherwise the money goes off to the Lotto’s Good Causes fund. A ticket worth R9,476,995 was once distributed in this way and it was the 24th prize in excess of a million pounds to be unclaimed.

Camelot recently released a list of the top Lottery-winning professions. Builders and workers have been the biggest winners, followed by administrators and managers. The unluckiest in the Top 40? Poor funeral directors.

Go for a tarot card reading

It’s worked for some people. Housing officer Janette Wright was told by a tarot card reader that one day she would come into money. A few years later, she bought a Lucky Dip and promptly won a R1,633,505 Lotto jackpot. 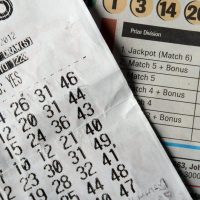 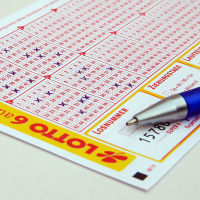