The History Of Lottery

Lotteries have been with us for a long time. They go so far back that they’re mentioned in the Bible, and Caesar himself is known to have encouraged lottery games in Rome to help pay for repair work that needed to be done in the city. Legend has it that even the Great Wall of China was paid for by the proceeds of lottery games.

In medieval times, Europe was a hotbed of lottery activity. In 1420, residents of the French town of L’Ecluse decided to follow Caesar’s lead by using a public lottery to help raise money; this time to increase the town’s defenses. Charitable causes prompted officials in the Belgium city of Bruges to hold a lottery in 1466 to raise money for the poor and needy.

In the early 16th century, the Italians caught lottery fever when they introduced the idea of a ‘number’ lottery in Florence. Interestingly, the word ‘lottery’ is thought to originate from the Italian ‘lotto’, which simply means fate.

Royalty caught on to lottery’s moneymaking potential in 1520, when King Francis I of France held the first ever state lottery. The proceeds went to the Royal Court. Forty years later, in the 1560s, lottery fever crossed the English Channel when Queen Elizabeth I decided to hold her own state lottery to raise money to improve England’s ailing harbors. Her Majesty’s prizes included tapestry and money.

The lottery gained in popularity in England over the next two centuries. The British Museum in London, today one of the finest in the world, was actually started on the proceeds of a lottery in 1753.

Lotteries were particularly popular in the New World in the 18th century. Benjamin Franklin used one to pay for the cannons that helped win the American War of Independence, and they were also used to pay money to the army. The Mountain Road, one of the key routes into the west from Virginia, was paid for with a lottery organized by George Washington.

Individuals were fond of them too; Thomas Jefferson (the third U.S. President) sold most of his property through a lottery scheme. Many of America’s historic colleges and universities were initially set up with the proceeds of lotteries. Most notably, these include many of the universities in the prestigious Ivy League.

Within the last couple of centuries, lotteries have been legalized and implemented in pretty much every country in the world. As the numbers of people playing become bigger, so do the prizes; a jackpot in the USA’s Big Game lottery in 2000 reached $363 million. 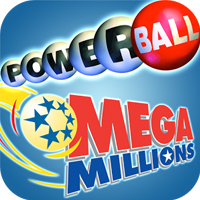 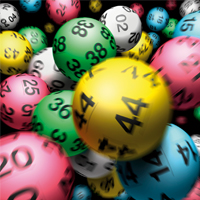 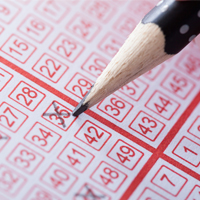